SnakeByte saved the decrypted file to a disk and moved back to the dirty machine.

After scanning the decrypted file with all the anti-virus programs again, hey being paranoid is a good thing. SnakeByte opened it up in a text editor.

﻿SnakeByte, it's AM. I have a job for you, a big job. ﻿﻿
Shit, not him. AM was Arthur Miller, an American prick. He thinks himself some kind of James Bond and always overcomplicates things. The stupidity with the fake drunk was right up his street. Damn. At least he always pays well.
Best see what he wants.
﻿I need some files from a protected database, full details of the job and contact details have been uploaded to the darkside bbs in a personal message. I have created a user HaxTor for you. Password SnakeByte ﻿﻿
Fucking idiot. Leaving information about a hack in a BBS? Damn he cannot possibly be that stupid.

This just gets worse and worse.

Closing down the BBS software, he swapped to the beast again. This time he turned on a modem connected to the local network and booted up his root software. He entered the phone number for the darkside BBS and let the software run. Less than a minute later he had full access to the host machine. He quickly deleted all records of HaxTor and the personal message, had a quick look around to make sure there weren't any other references to the mess AM had created, then closed down the connection and turned off the modem.

Angry and tired in equal measures, SnakeByte glanced at the clock. 04:45 well time for bed. A couple of hours sleep should calm him down. He shut everything down and turned in 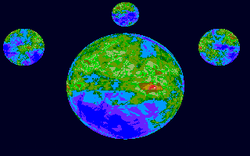 The next day passed slowly, generating random planets should have been fun, but the hack was sitting in the back of his mind.

The distraction made coding fractal algorithms in 68000 tedious and full of errors. It took him all day to do something that should have taken a couple of hours.

He didn't even enjoy his pint at lunch time. When he left work he should have gone for a pint. Not going to the pub after work two days in a row would raise some eyebrows, but he just had to do some work.

Once at home he used the dirty machine to access British Telecom. The phone number AM had sent him belonged to a private individual. That was very strange. AM usually went after big businesses.  Oh well, might as well have a look at it.

He powered up the beast and let the root software loose on the phone number. While it was running he decided to have something to eat.  Just around the corner from his flat was an excellent curry house. SnakeByte had become friends with the owner Sanjay, so he walked there and sat at the end of the bar with a beer while the chef cooked him another of his specials. The chef's special varied every day and was usually only eaten by the staff. It was never something you could find on the menu and varied from Madras strength to "oh my god it hurts".

This time it was fairly mild and included lamb, prawns, and eggs. Without a moments sympathy for the poor people who would have to share the bus with him the next morning, SnakeByte devoured the curry, paid for it and headed home. He expected the root software to have hacked the target by now.


When he arrived back at the beast though, he was suprised to find it had failed to gain access.


Okay, this is going to be a bit more complex. He booted up another program. This one hacked the telephone exchange the target is connected to. It sits and waits for an incoming call and then records the call. After the call the software decodes the sampled sound to a text file.


With nothing else to do but wait, SnakeByte gets an early night.

The nest morning the beast hadn't had any hits, not suprising really, so off to work he goes.

SnakeByte spent the morning researching quaternions. His 3D engine had problems with gimbal lock and he had a theory that quaternions would solve it. A few weeks ago he had written to Sheffield university maths department and this morning he got a reply. In the package was a couple of photocopied pages from a text book he already had a copy of, and a master thesis paper by a student. By lunchtime he had corrected the mistakes in the paper and sent it back. In the afternoon he did some test code, the quaternion rotation system worked perfectly but was far too slow to use in a game. Oh well it was worth trying.

A couple of pints after work took away his tension and he even had a bit of sport. A drunk student decided to throw a glass at a barman. When he left, his feet didn't touch the ground. A happy SnakeByte headed home. 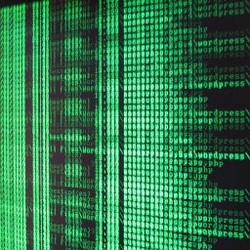 When he arrived home he could hear the soft beep from upstairs that indicated the beast had something.

Someone had logged into the system and he had it all on tape.

He sat down and looked at the transcribed log, username and password were there. One file was then uploaded by zmodem and the connection was dropped.  Okay time to earn some money.

He booted up the dirty machine and used it to hack his local telephone exchange. He then ran a program that uses the local exchange to connect to many other exchanges and bounce the phone call all over the planet. Satisfied that no one can trace the call, he dials the target and types in the username and password.

To his amazement, nothing happens. No command prompt, it just goes back to the login screen. Confused, he closed everything down and went back to the beast. He hadn't made a mistake, username and password were correct. What the hell.

He went downstairs grabbed a Jolt and a cigarette and stood on the balcony trying to figure out what the hell was going on.  His balcony overlooked a sports field. A local rugby team were training there, practising line outs at the moment, a lot of timing goes into a good line out.

Swearing loudly, he ran upstairs. He looked at the logs on the beast and his suspicion was confirmed. There was no way any human had typed in the username and password. It just happened too fast.

Not a bad way to protect your network, this is getting more interesting. SnakeByte copied the relevant part of the logs to a floppy and moved to the dirty machine. Half an hour later he had converted the logs to an audio file. He then set up the phone bounce again and dialled the target. When it connected he played the audio file.

Bingo. He was in. A few keypresses later he had found the files and started the download. It was going to take 90 minutes for the download to complete. SnakeByte set the computer to automatically shut down when the downloads were complete and went to bed.