I'm doing a mod tool for the game IL2

Let's you check aircraft before you go through the whole process of importing it to the game. 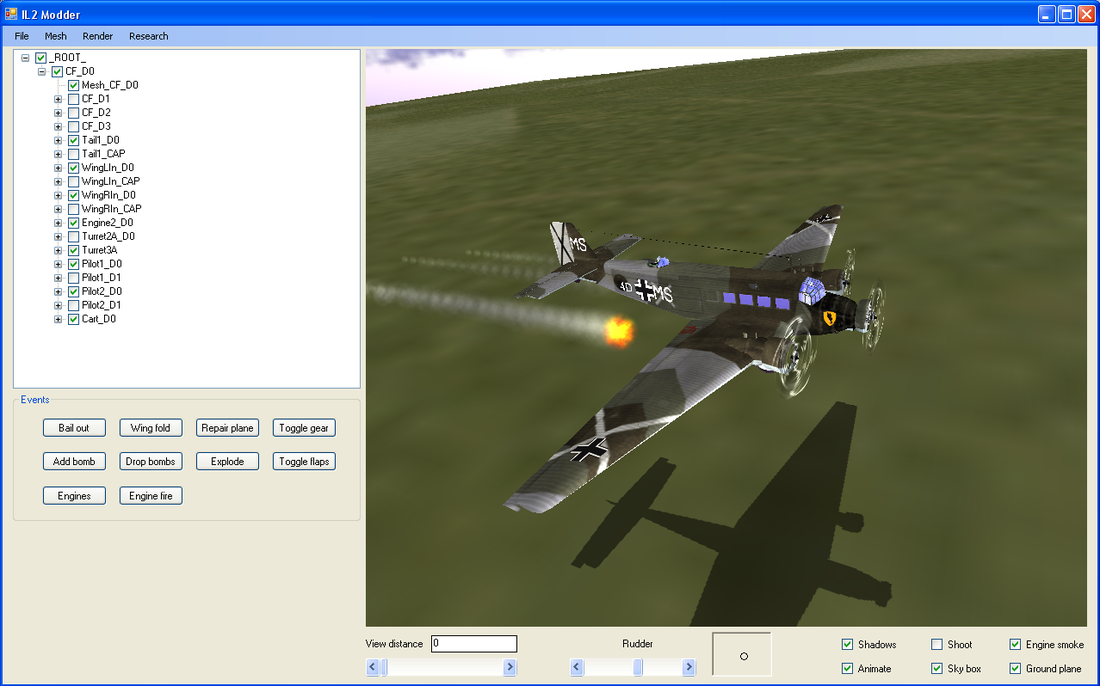 I'm using the hook from the file, which in this case looks like it is the wrong place.

No it was me getting the matrix multiplies wrong. 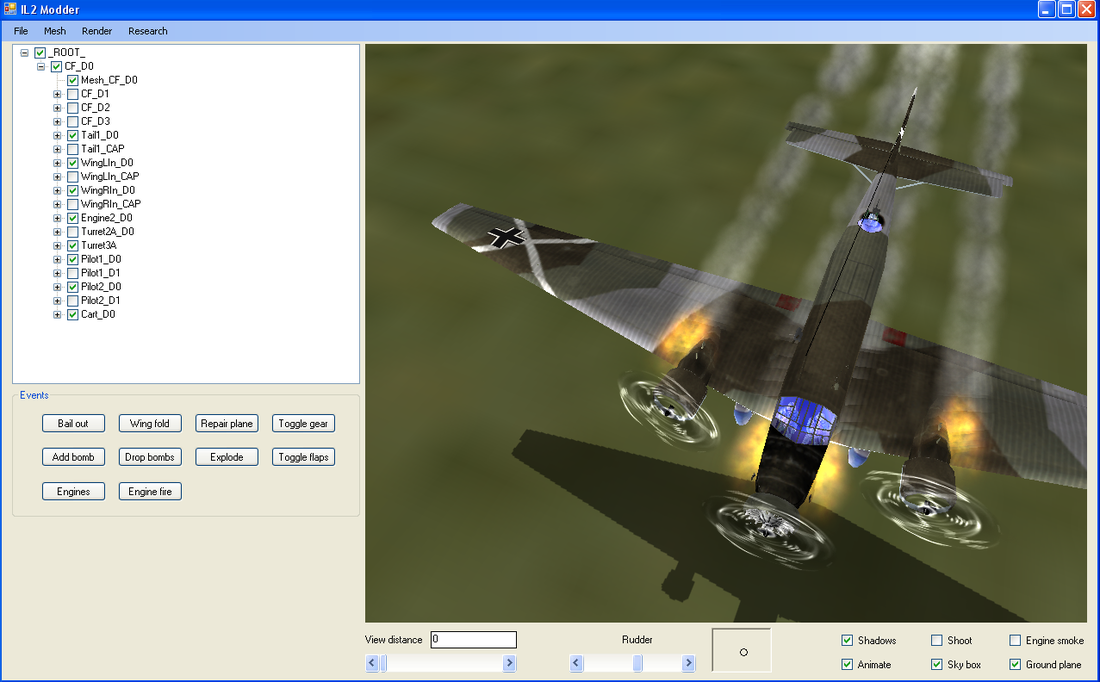 Checking the bail out position, crap graphics but it does the job 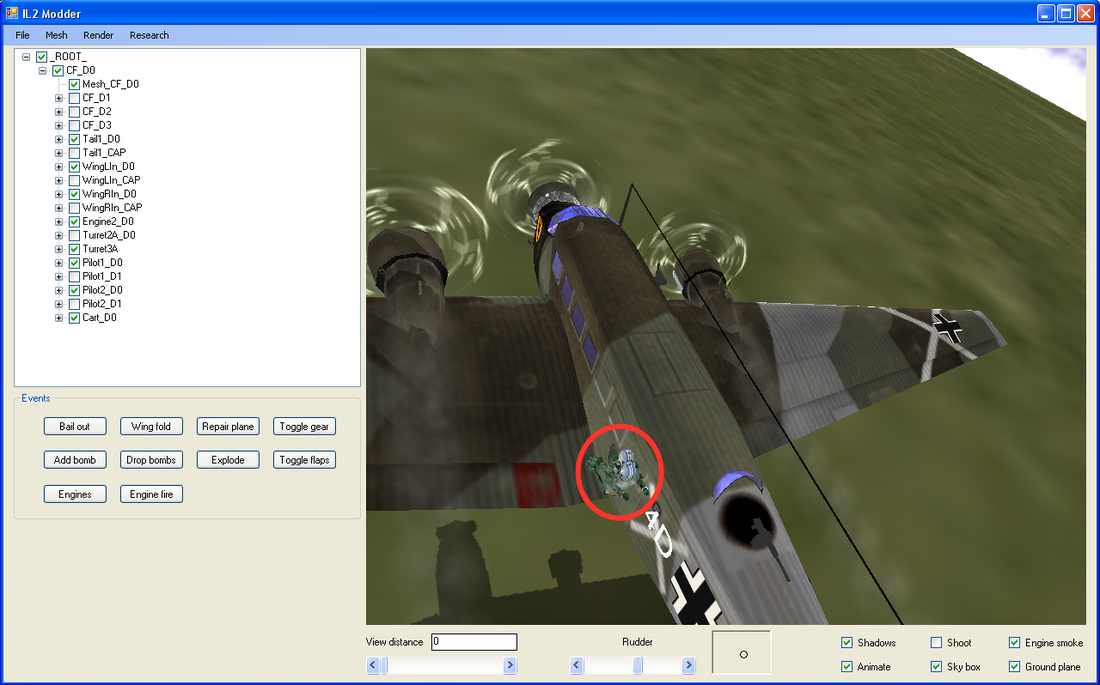 Checking the bomb spawn positions, looks wrong to me. 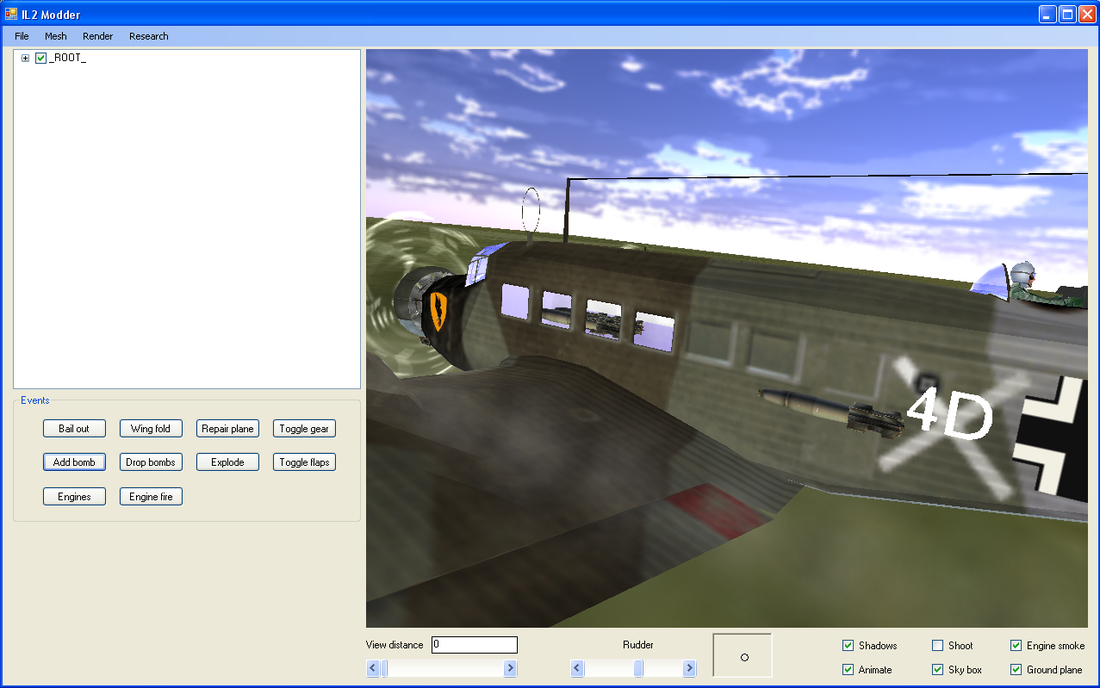 Explode tests the separable flag in the node tree 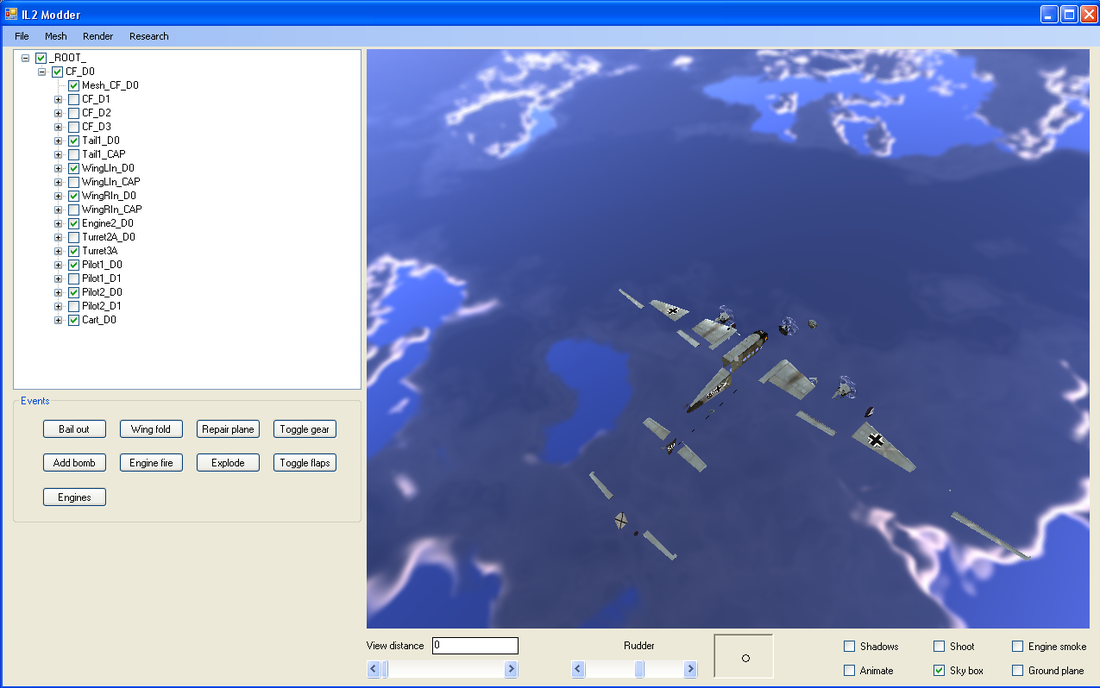 The distance slider now changes the level of detail of the mesh, needs checking. 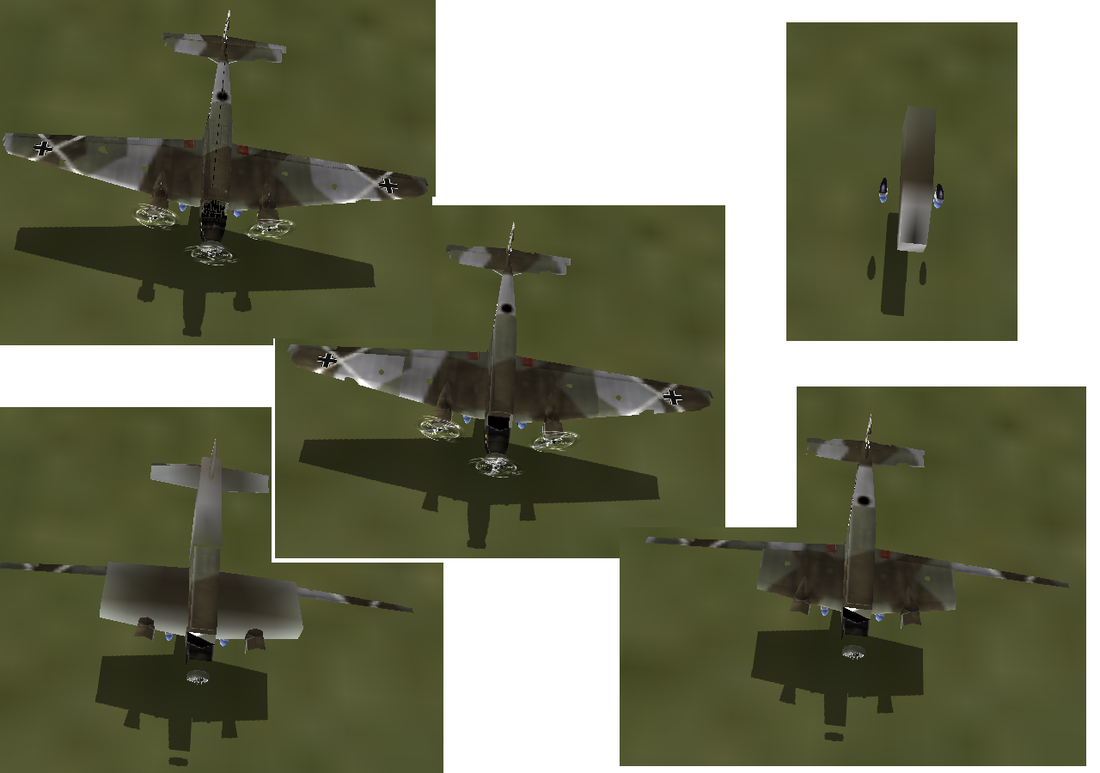 Added a tool strip and almost got the binary loader working 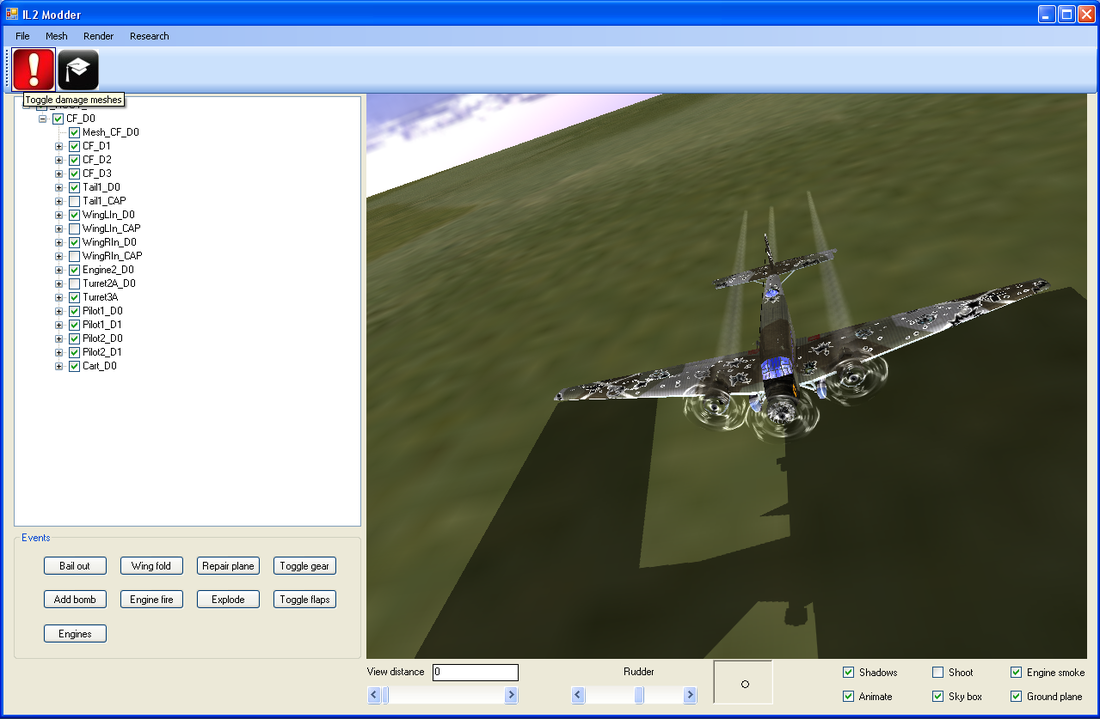 Got the collision meshes working, the thin red line. 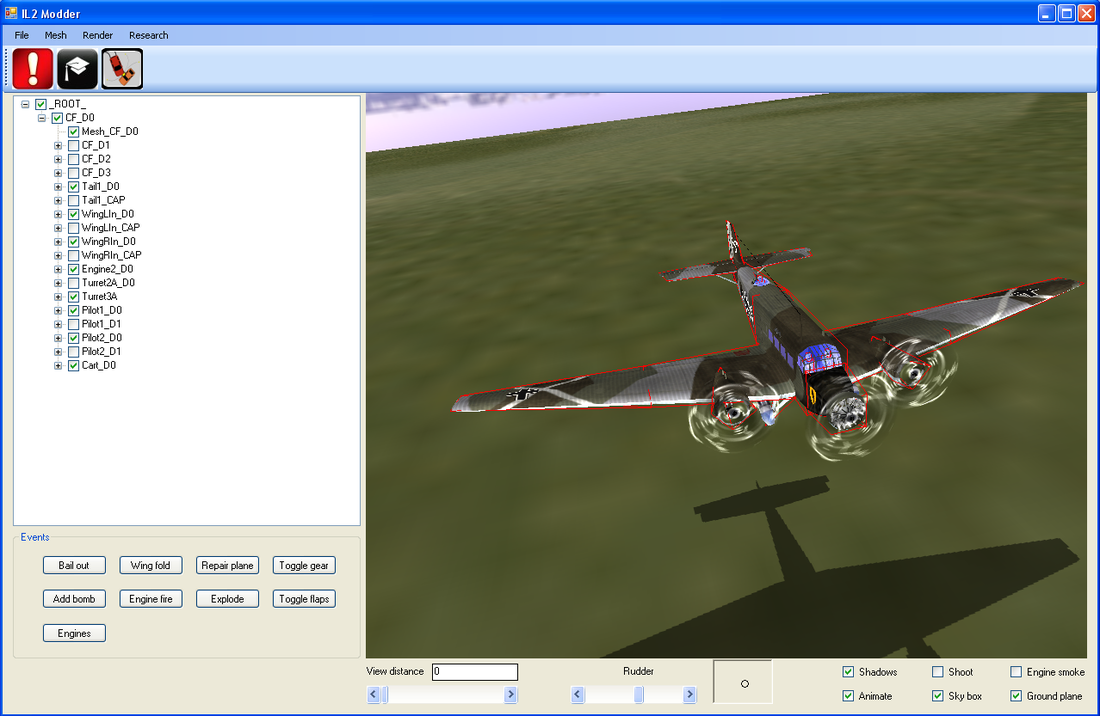 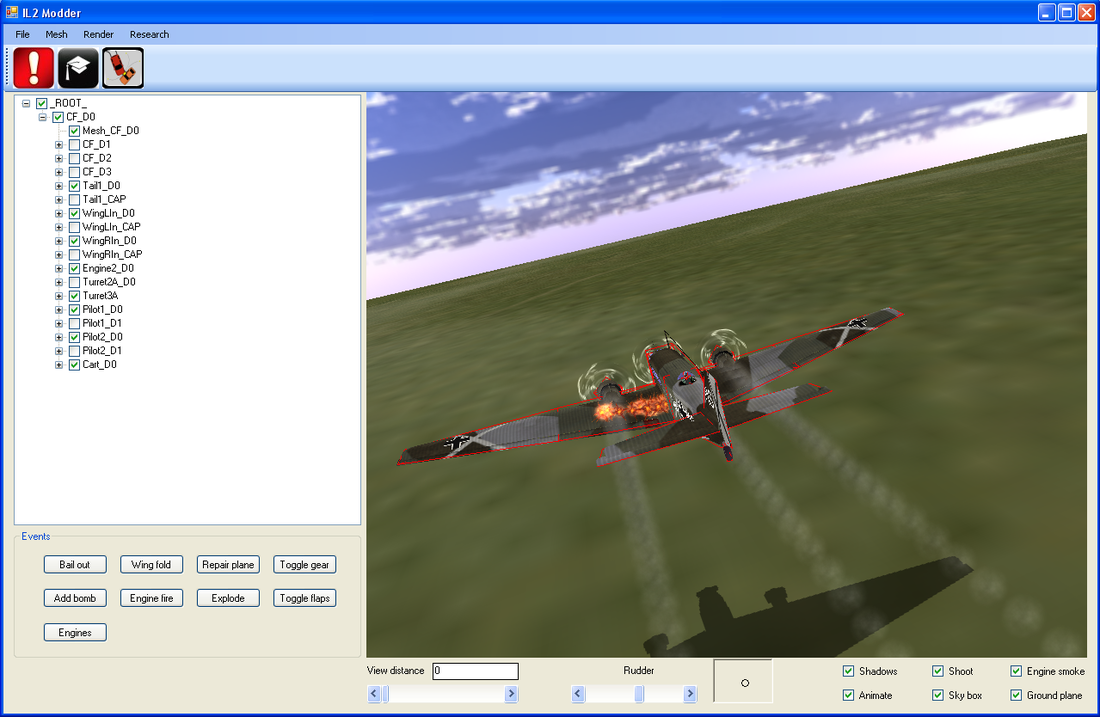 Found some bugs in my display code 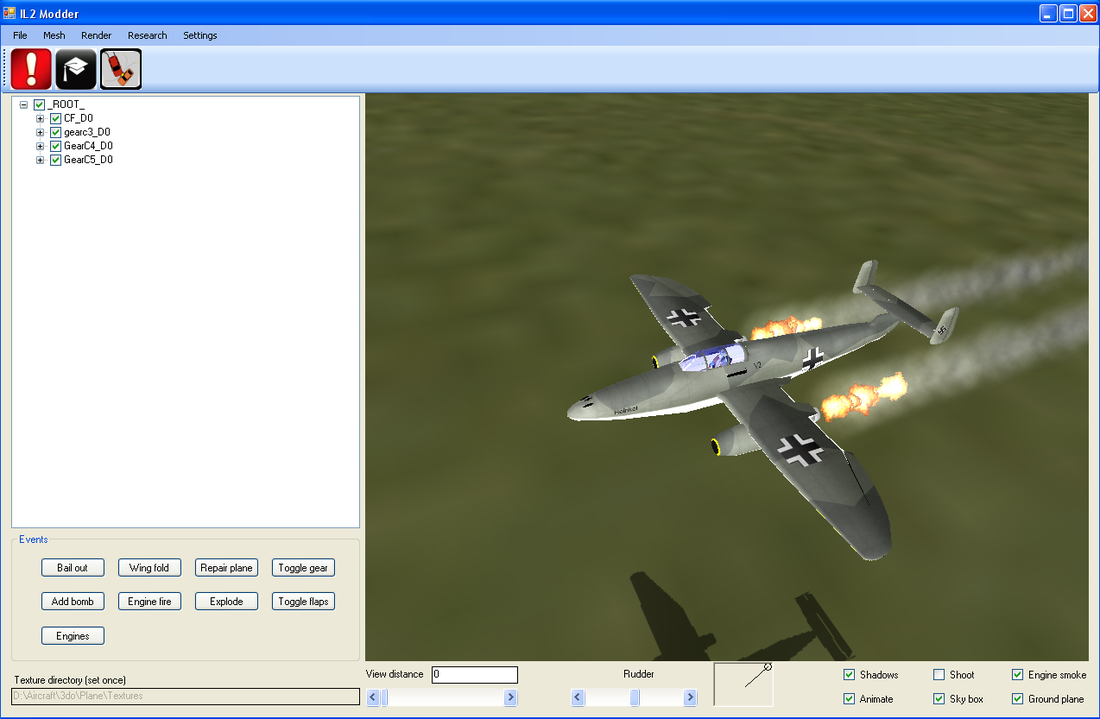 Trying to get under carriage working 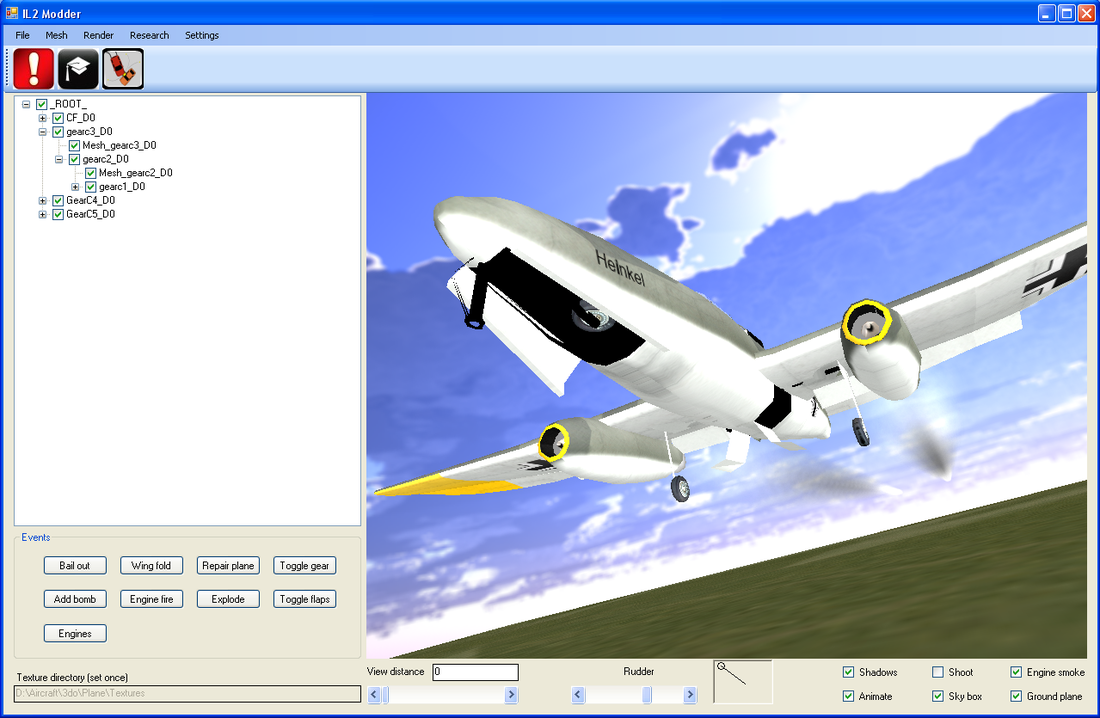 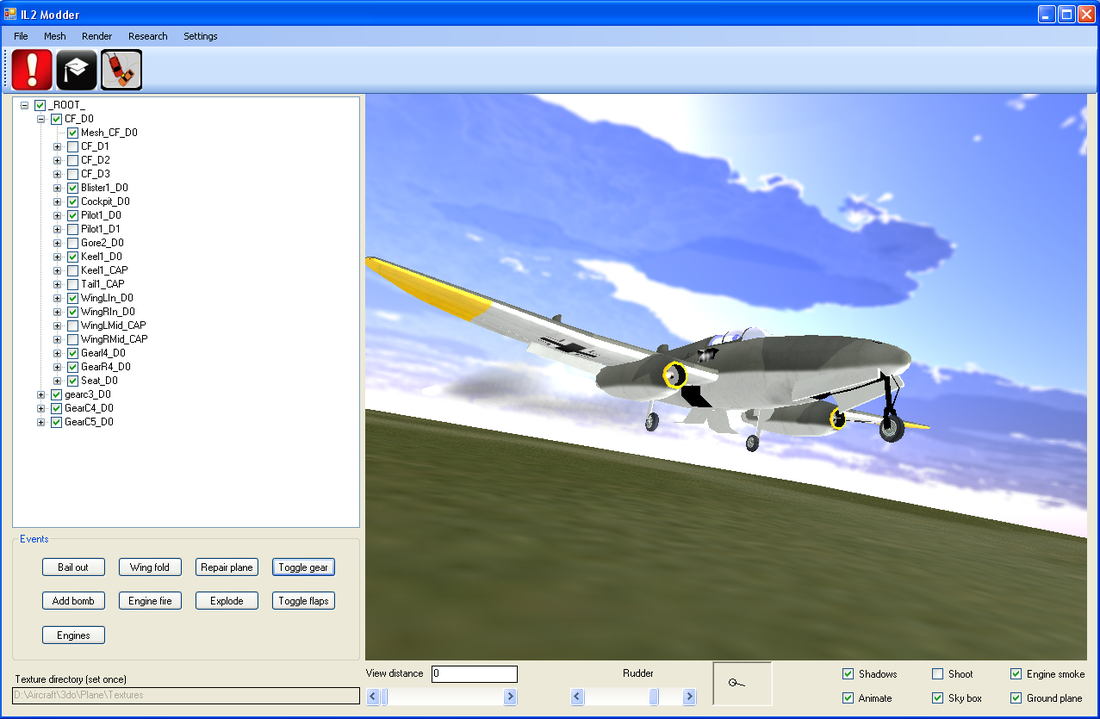 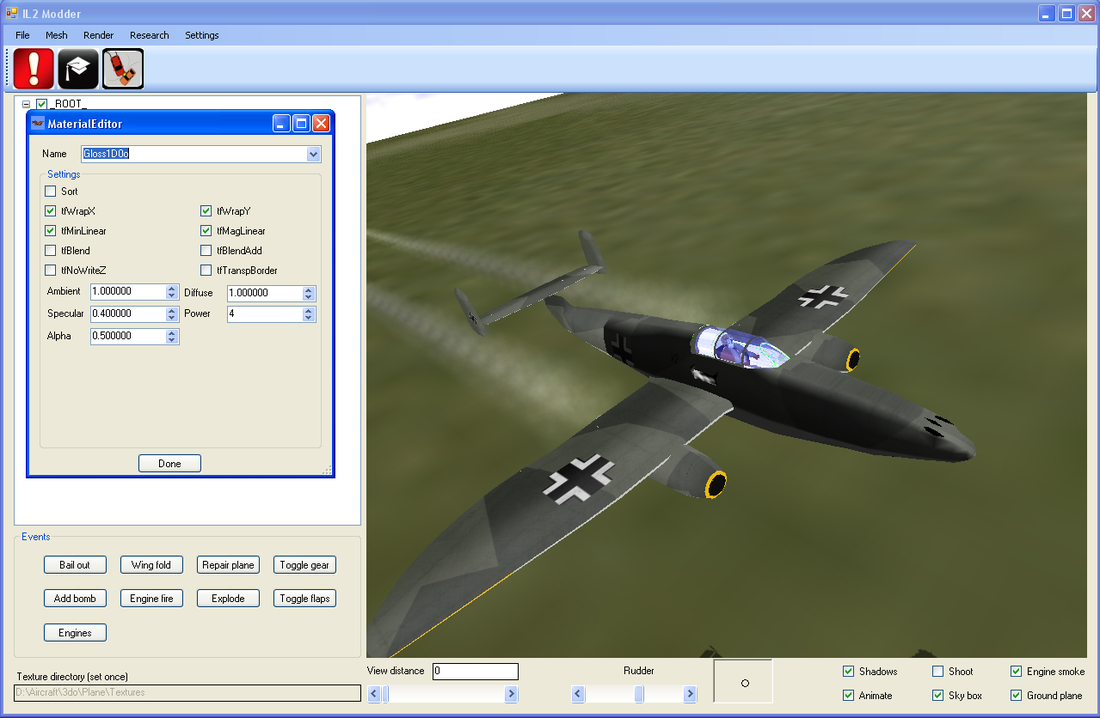 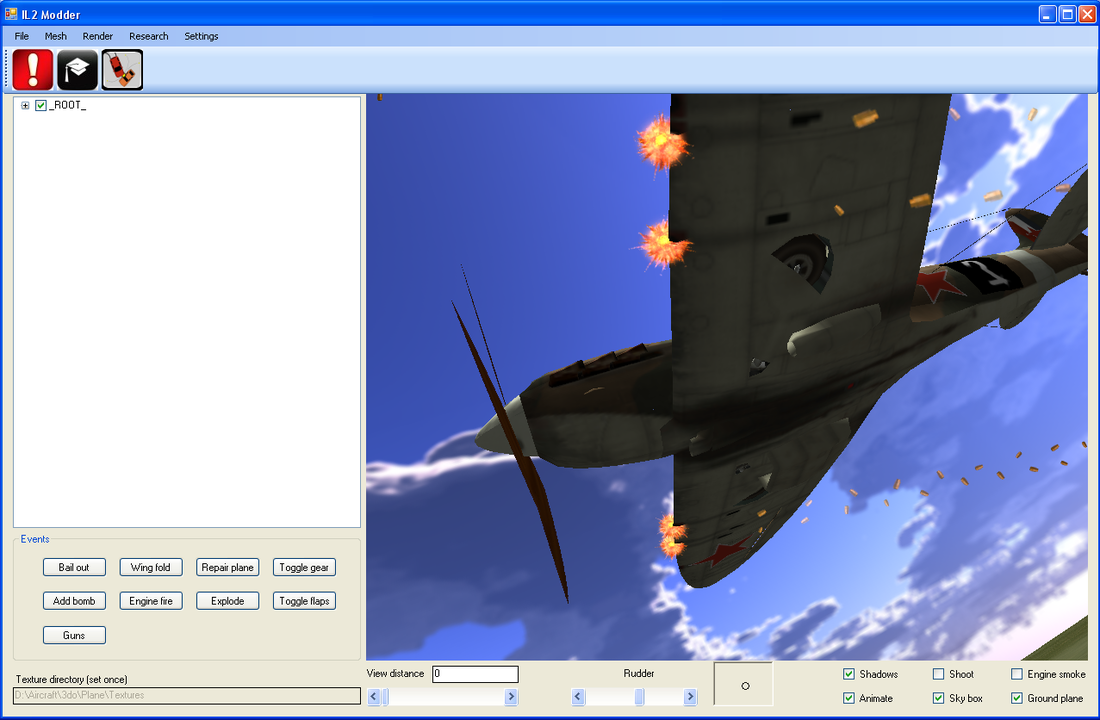 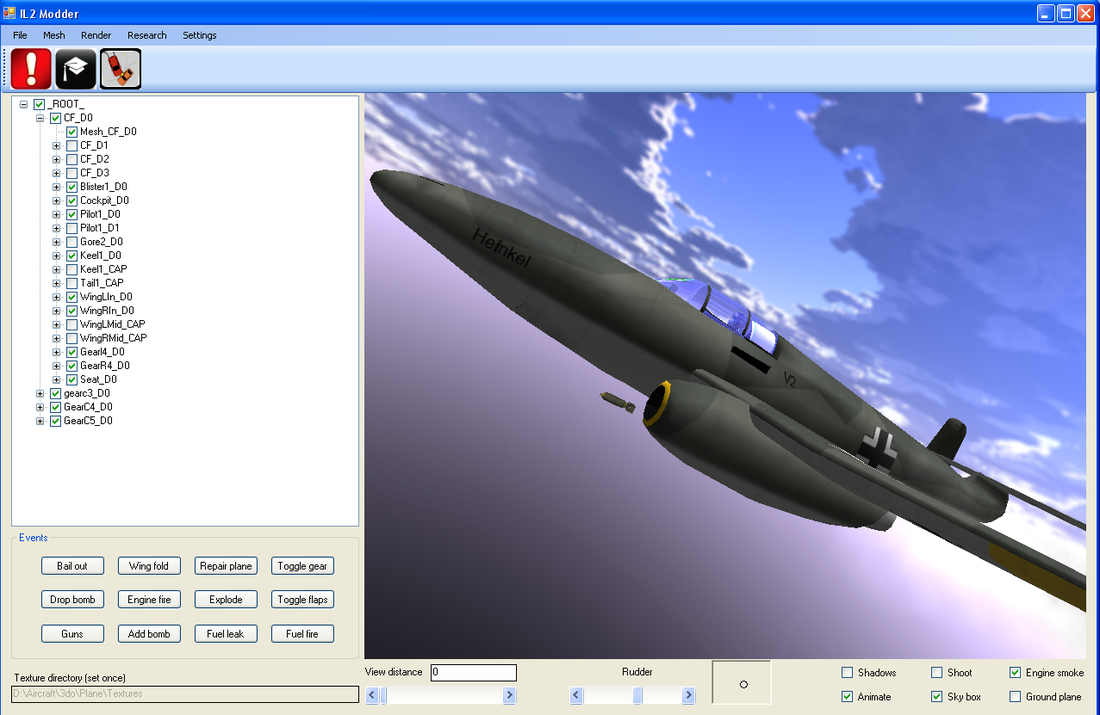 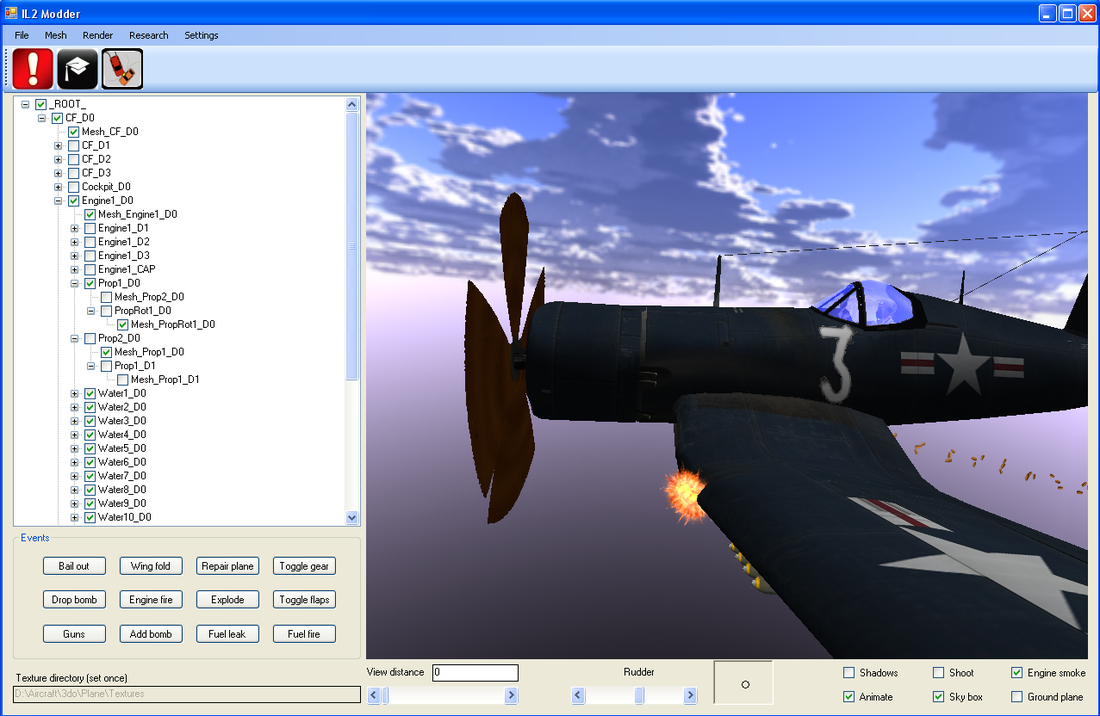 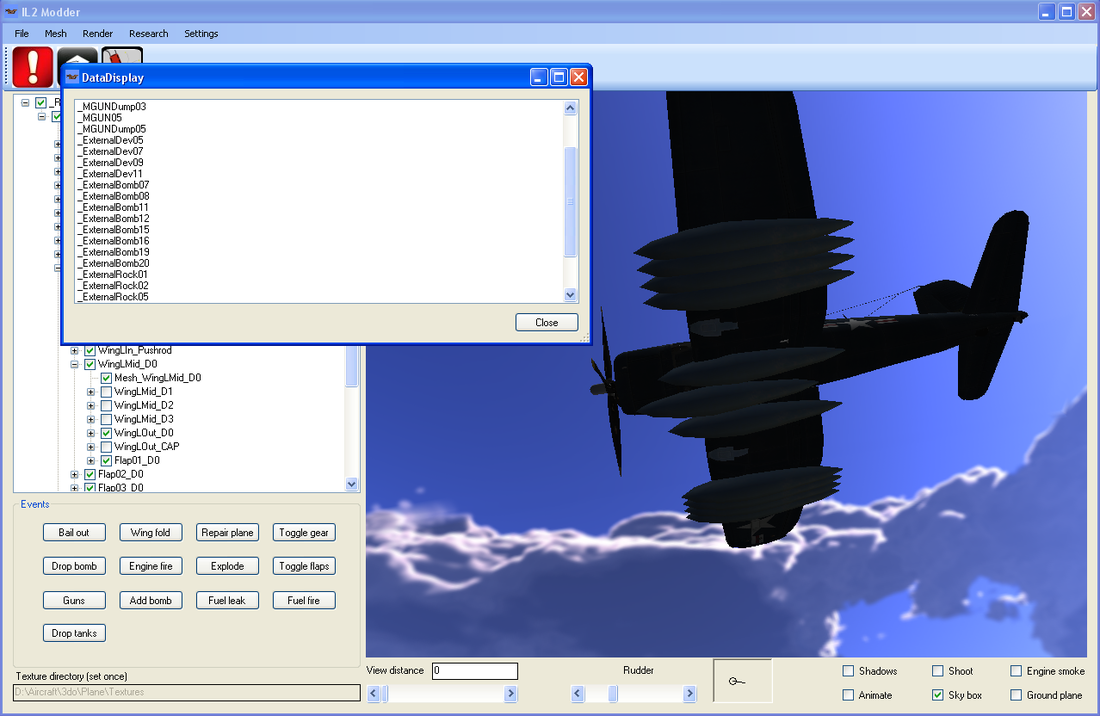 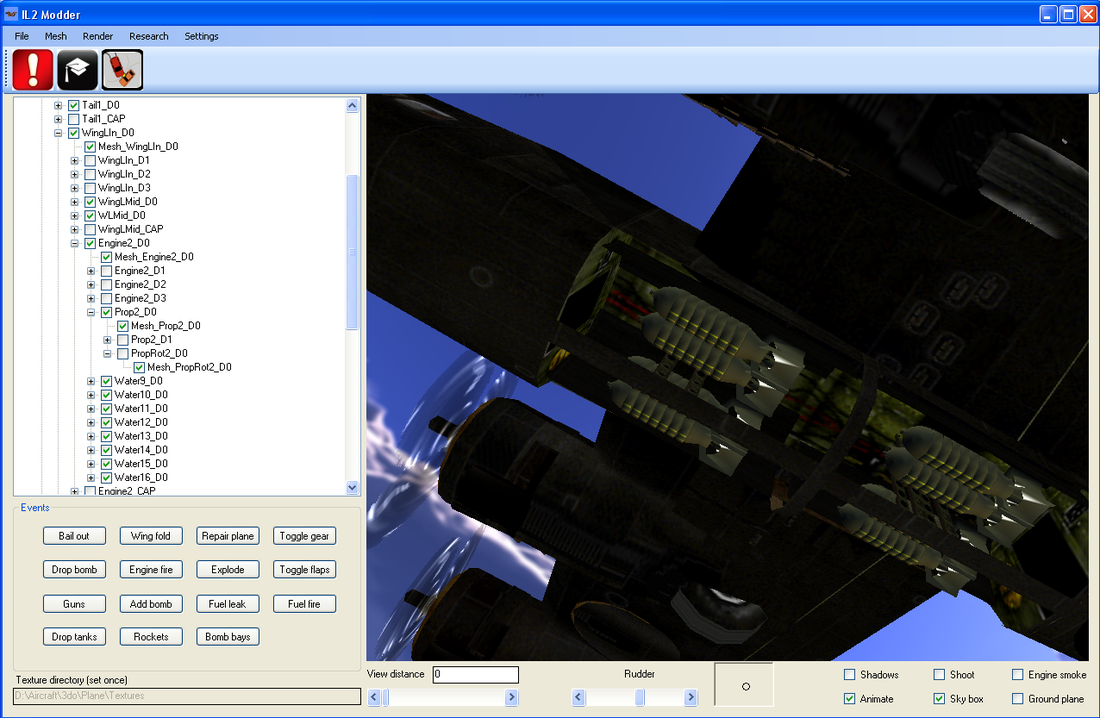 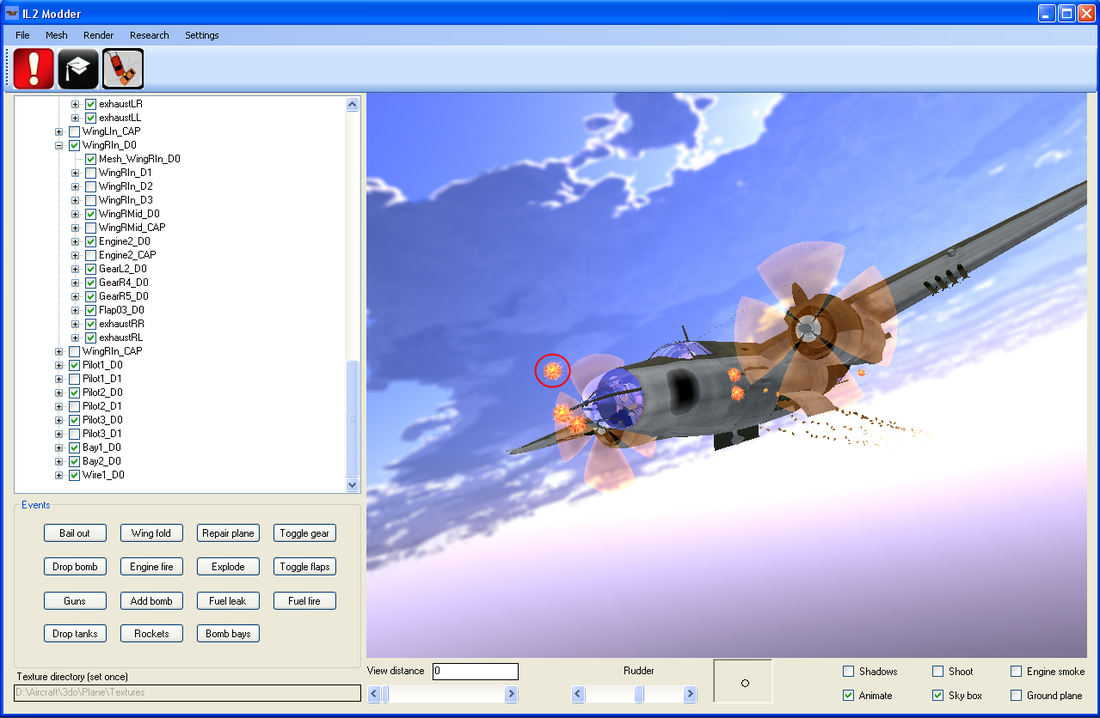 Got java conversion to C# and scripting working for animation 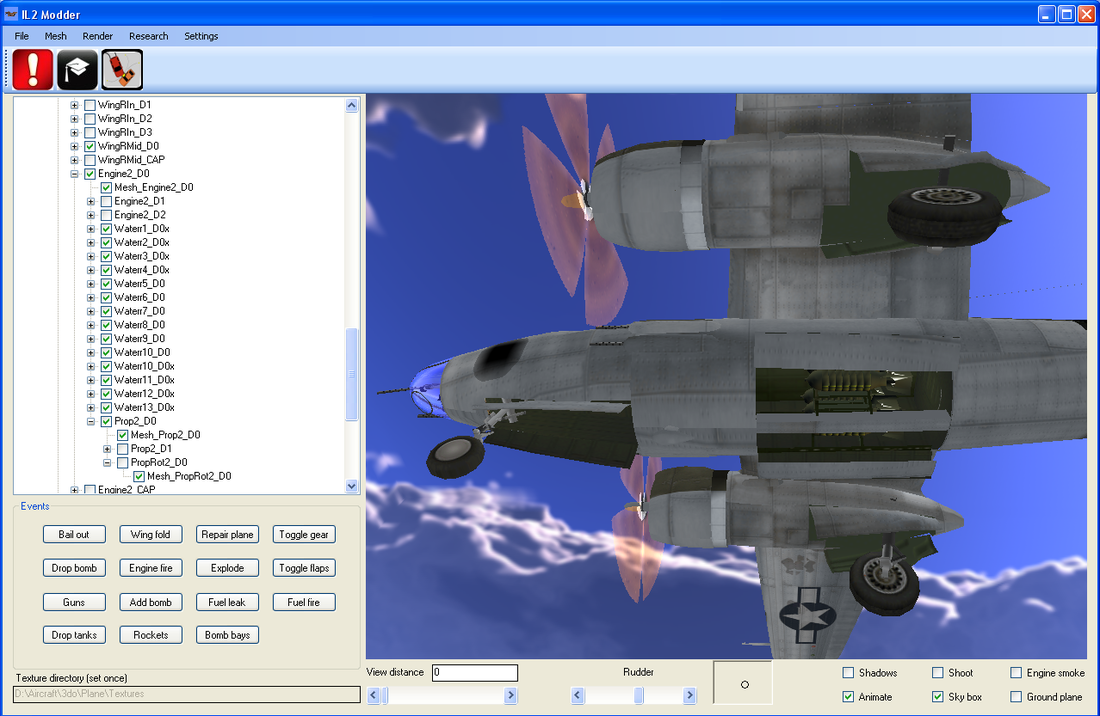 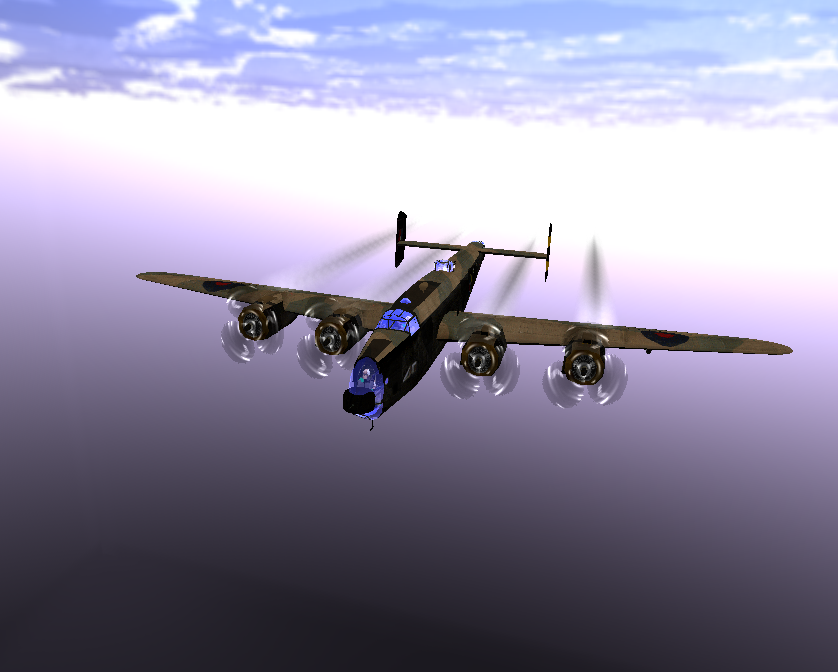 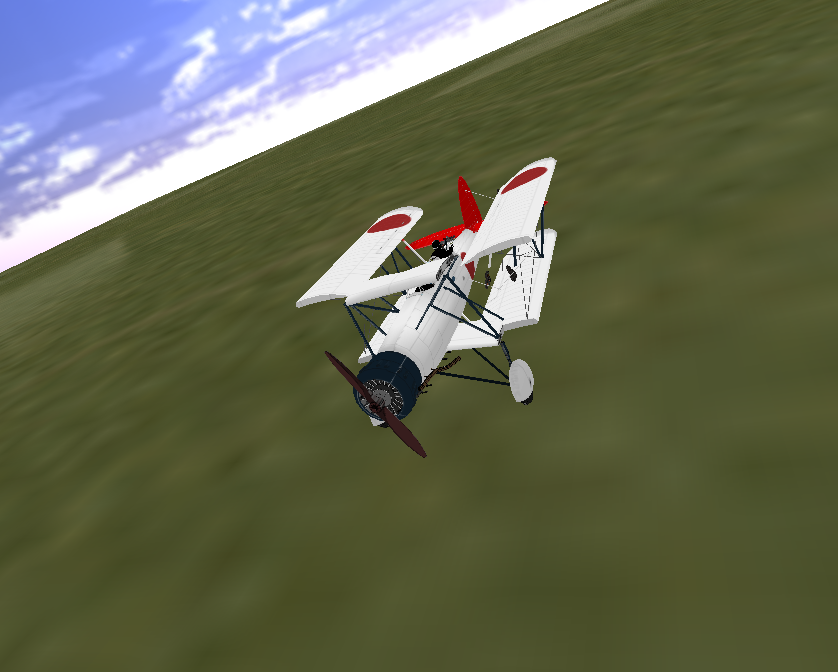 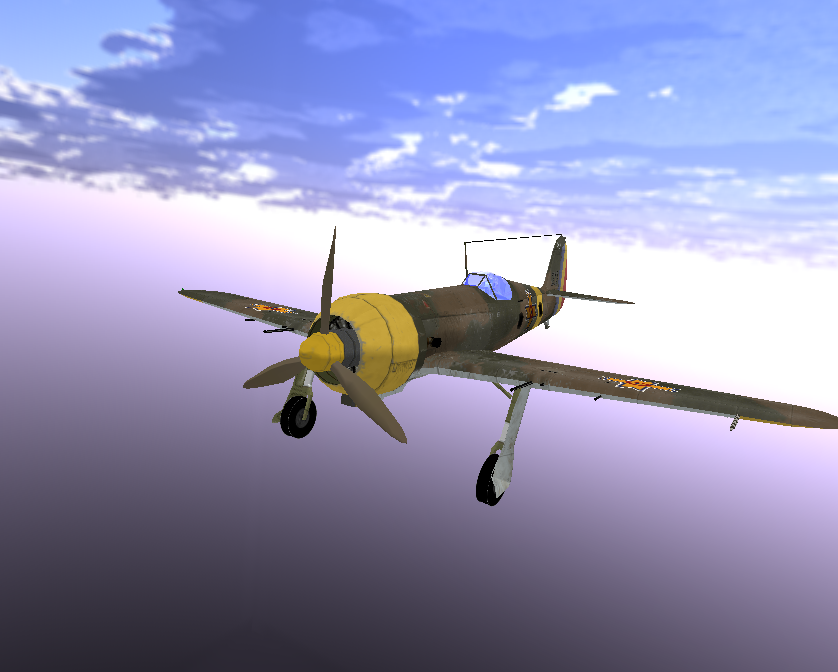 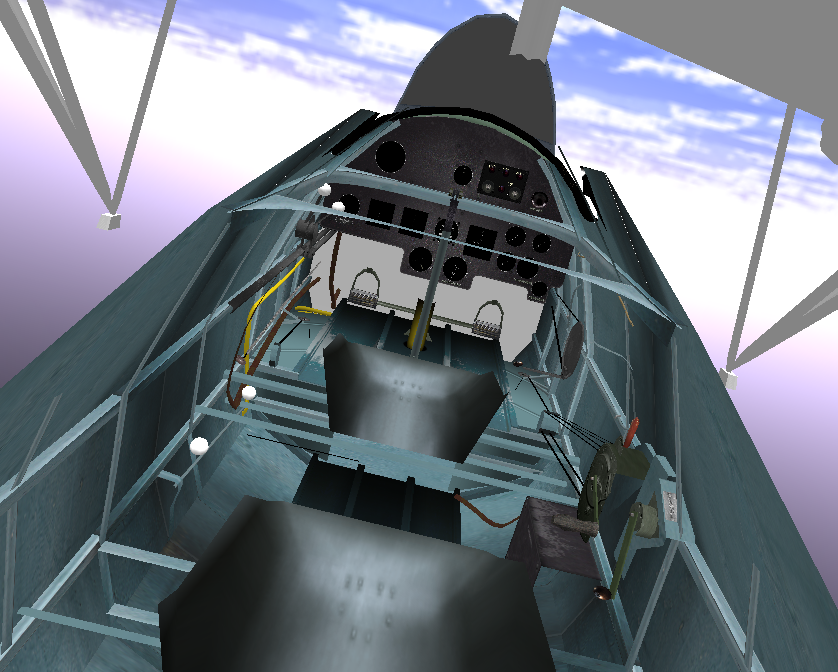