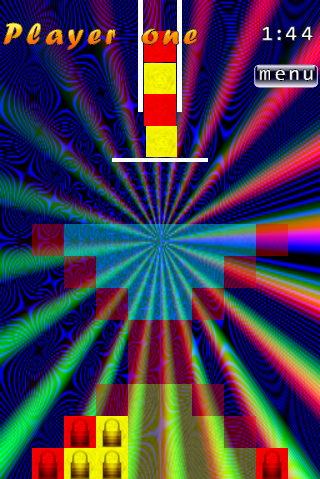 Two Towers is the follow on to Towers and is designed for slightly higher powered handsets.

As well as the full game of Towers, you get a two player game.

Link with another device and you can play against a friend. You can either attempt to get your block into the right place, or you can throw it at the other player.

Honestly, try it. You won't believe how such a simple idea can create such a fun game.

In the office we have grown men swearing at each other as the last block they had lovingly placed suddenly gets smashed off the screen by a well thrown block.